Twelve-year-old Kitty Wigeon is looking forward to Christmas at St Flurries, a grand old manor house in the countryside, until one chilly night, she vanishes without a trace.

One hundred years later… Still grieving over the death of their mother, Kes Bunting and his younger sister Star, are sent to live at St Flurries. They find a house steeped in mystery and brimming with secrets.

Who, or what, is making footprints in the snow?

And what evil force is taking a cold grip on Star?

Wrap up warm as you join Kes, and a cast of eccentric snow creatures, in a race against time to solve a hundred-year-old curse. Will he succeed? Or will the fate of his sister be decided by a shivery kiss from… the Snow Witch? ~ From the Author

Ok, so, to start off, this book follows two people: the Snow Witch (who is the main character) and a ‘purehearted’ little teenager named Kes. The teenager has had a series of unfortunate events and finally finds a home in a (spooky) mansion. But then his sister gets sick. Why?? Find out…

This book has absolutely gripping writing. The descriptions were spot on and it felt like I could see and smell and touch everything in the book. I really wish some parts of it could have been animated because it would have been SO pretty. I love winter and this book seemed to capture some of the more beautiful aspects of it perfectly (which is good, since it is about a Snow Witch.) The story also had some interesting concepts and twists that I really was fascinated by! I loved how the magic was incorporated into the story, but it never really felt forced or otherworldly. Plus I LOVE stories where kids move into old houses and strange things happen and then they have to find out what is going on. It really tickles my hat, in a good way. (When you sort of know the phrase but forget it halfway through…) Plus I ADORED some of the characters and I loved how there were a lot of strong female characters too! So many characters had such interesting backstories and I wanted to see more of that.

Speaking of interesting characters, let’s talk about the Snow Witch. I’m glad we got to know lot’s about her. She was my favorite character and her whole life was a bit tragic, but she found happiness and that is truly beautiful. I was enraptured by her perspective on things and I loved reading about her life and all the changes around her.

Despite all of these good thing, I felt that the most interesting parts of the story were brushed off to make room for the clichéd aspects. There was so much potential for this book to transform the ordinary into the extraordinary. There were magical gypsy troupes, witches, curses, clocks running backwards. You could take even just one of these things and create a fascinating story around it. Each are, or have the potential to be, utterly new, magical, and unique. However, The Snow Witch did not go into depth or really explain any of this. They were more thrown in to move along the plot and characters.

I also really hate how there was a time limit. It’s starting to get old. I think that time limits really make the plot more predictable because that leads to writers or creators of stories to lean on the countdown to build tension and urgency instead of the actual plot. This book falls into that trap. It also felt way to casual of a deadline as well. We did not get to know or were not attached to any of the characters or relationships to care in the first place. Personally, I would have prefered there to not be any deadline at all.

I also felt that there were too many ‘anime moments’. If any of you fellow Kittycatians have watched any sort of adventure anime, you’ll know that the (already) overpowered character will suddenly, for no reason at all, power up. Why is this? Usually it is because there is no other way for the characters to continue on their quest without some (impossible) new power or trick. For example, in the anime Fairy Tail (one of my favorites) the main character Natsu continuously gets new powers throughout the eight seasons, and then again gets the ultimate power up at the end of the series. He goes from this smol bean: 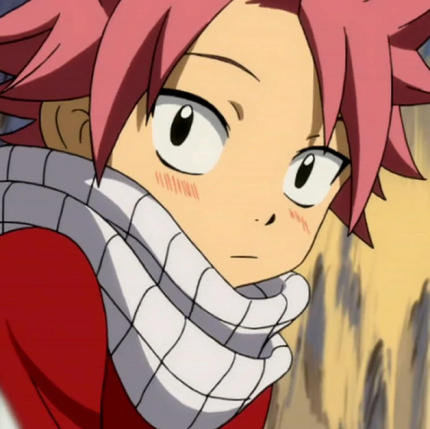 To this (not even his most overpowered form either) everytime something bad happens:

It’s pretty impossible if you really think about it. (Got a bit sidetracked by my love for Natsu. Whoops) 😉 That’s what a lot of this book felt like to me: convenient things happening to move along and solve plot-holes instead of actual character decisions affecting the storyline.

There were different sections to this story, which actually worked pretty well. We needed exposure to the present and the past to really fully grasp what was happening in the story. However, I felt like the story added in too many irrelevant details to certain parts, which didn’t leave time for the actual important stuff.

There was also a minor issue that sort of bothered me while also making me chuckle a bit. The dialogue in some of the story felt SO old. During the more modern part, some of the things Kes was saying I’ve never heard a modern-day kid say before. I sometimes speak in a bit older english and say things like “For shame!” but that’s really just because I look at too many memes on the internet. I don’t really expect characters in books to be ‘yeeting’ all the time, but at some points it was just unrealistic. (The lack of Fortnite dancing was also disappointing.)

I was also super confused during the end. It was sort of like a ‘and it was all just a dream’ ending, but not? I was seriously confused and that entire part honestly could have been left out.

All in all, the book had wonderful writing but fell short of what it could have been. It was entertaining although throughly confusing at parts that all winded down into a surprising conclusion with an important message.

He craned his neck. ‘Blimey! It’s a tree!’
It was, perhaps, the most audacious way to meet a stranger, but Kes had a habit of speaking his mind.

‘Not in my lifetime,’ Papa muttered under his breath. ‘Next, there’ll be talk about men flying to the moon.

Besides, life was not about living in fear, neither was it about hiding behind a protective shell every time he faced adversity. Life was all about love – loving and being loved in return.

Annnd one last photo of Natsu trying to heat up an egg, because he is awesome.

8 thoughts on “The Snow Witch (MMGM)”

Guacamole Without Any Garlic